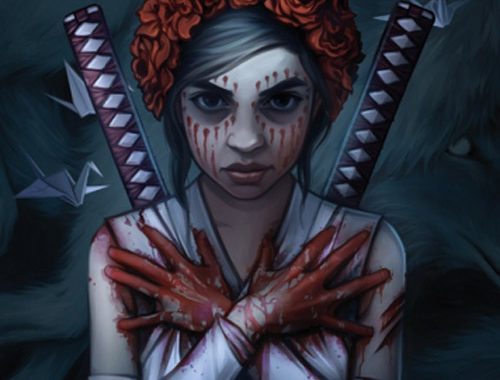 I’ve always been a fan of werewolves, so when I heard the pitch for Coyotes, the new Image series from Sean Lewis and Caitlin Yarsky, I was pretty intrigued. Described as Sicario meets Underworld, I was expecting some cool, south of the border tinged horror. Unfortunately, Coyotes doesn’t quite fit that description. While there are werewolves in the book, that reveal comes much later in this debut issue, and what happens before that is actually a little boring.

Sean Lewis’ script spends a lot of time building up the back story of our heroine, Analia. Orphaned at a young age, she’s been trained to take on the wild coyotes that plague her home (these coyotes are actually humans that transform into the monsters, but that’s not something that we find out for some time). Instead, we get a lot of information about Analia’s back story, and while Analia seems like a cool character, it doesn’t change the fact that much of her back story that’s told here is pretty boring. Lewis’ script doesn’t give us quite enough to latch onto to get invested in Analia’s story, and in many ways it falls into the dreaded info dump trap that plagues a lot of Image first issues.

While the script may disappoint, at least the art is good. I’ve never seen Caitlin Yarsky’s work before, but it’s pretty damn stellar in this issue. An interesting mix of Becky Cloonan and Chris Samnee, Yarksy’s style is definitely a little on the cartoony side, but it helps because it makes the coyotes look that much more monstrous. There’s an added layer of menace in the way Yarsky makes these creatures look, and she also depicts Analia as a really quick and lithe fighter as well.

I had some pretty high hopes for Coyotes, but unfortunately they weren’t met. I hope the book finds an audience though, because the idea of a group of women who hunt werewolves is awesome, and who knows? Maybe the series will read better when it’s collected in trade paperback. But as it stands right now, Coyotes #1 falls under the “almost made it” file for current Image debuts.