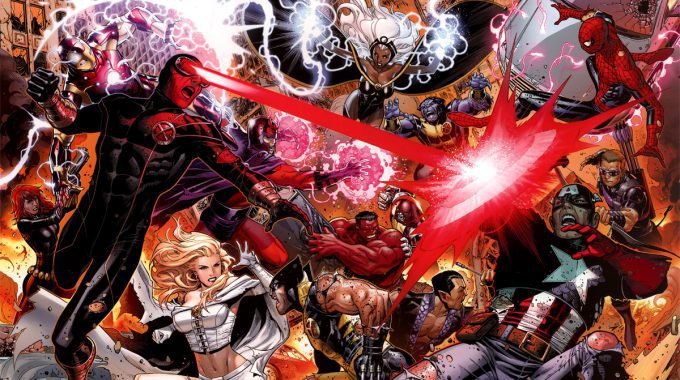 A major bombshell has just hit the nerd community: Disney was allegedly in talks to acquire 21st Century Fox.

Now despite what all the headlines are saying, this is far from a done deal. In fact, according to Bloomberg, the talks had been on and off for the past few weeks, but are now dead. But this still means that there’s a chance, regardless of how big, that we could finally see the Fantastic Four, Deadpool, and the X-Men cross paths with the characters in the Marvel Cinematic Universe. Yes, the talks are dead now, but now that the topic has been brought up, I can’t imagine that Disney wouldn’t try again to at least get the Fantastic Four and X-Men rights back. It would take some creative finagling, but if Marvel’s proven anything, it’s that they can get finaglin’.

If Disney could just get the X-Men and Fantastic Four properties, for the first time we’d see an almost perfect realization of the Marvel Universe in live action. This could open the doors for a ton of different things. Thing vs. Hulk! Wolverine vs. Hulk! X-Men vs. Avengers! Dr. Doom becoming the universe-wide villain we comic fans know he should be! Hell, even just having Bruce Banner, Tony Stark, and Reed Richards talk nerdy for a few minutes in Avengers 8 would make this deal worth it! Like their rivals Warner Bros, Disney and Marvel would have the entirety of their comic book world at their fingertips to play in.

Of course, this brings up the valid question of just how big can a company get? If this original deal had taken place, Disney would control almost all of Fox, with the exception of their news and sports broadcasts, so while Fox would exist, it would primarily be a company no longer in the scripted entertainment game. Yes, that’s a pretty dangerous thing, and would mean we’re on step closer to being fed “Mickey Meals” and all dressing like Donald Duck, but honestly if Fox didn’t care enough about their entertainment properties to keep an interest in them, why shouldn’t Disney try to swoop in and buy them up?

Of course, this deal is sadly dead. But the fact that these talks had been happening are pretty much good enough for me. It’s better than the two companies outright ignoring one another like they did years ago. At the very least, these two companies have worked together to get the great X-Men based TV shows Legion and The Gifted made, so maybe they’ll continue to work together on that front and bring us some more suprises.

But seriously though, how cool would it be to see the Hulk and The Thing throw down on the big screen? It’s probably not going to ever happen now, but I’m still going to dream that this deal could one day still be a reality.