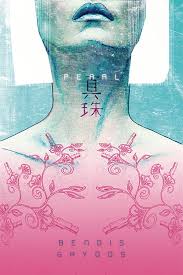 Now that Brian Michael Bendis has jumped ship to DC, he’s back on the indie circuit game with Pearl. Teamed up with his Jessica Jones artist Michael Gaydos, Pearl focuses on the title character, a tattoo artist in San Francisco who accidentally becomes an assassin. While that sounds like an intriguing premise, unfortunately there’s just not enough in this opening issue to really hook you in.

One aspect of Pearl that sets it apart is the characterizations, and in that regard Bendis’ script is pretty great. But as good as his introduction to Pearl is, there’s really not much plot wise that comes into play here. For such an interesting premise, it’s a bit of a bummer to read this opening issue and come to the end, only to go “that’s it?” instead of wanting to read the next issue.

Michael Gaydos’ art in Pearl is very similar to his work from Jessica Jones, but it looks a little more rushed than usual. That may be because much of this issue is set in seedy bars and nightclubs, but there were many panels that looked a little muddy and rushed as opposed to the art guidelines set by his previous work.

While Pearl‘s opening issue isn’t the debut most Bendis fans are hoping for, it’s got the potential to be a cool crime story, provided the plot starts kicking into gear within the next few issues. If they’re anything like this issue though, it’ll unfortunately become a boring slog.