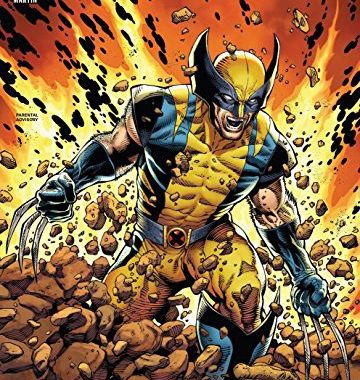 Because no one ever really stays dead in comics, Wolverine has returned to the land of the living. The actual, “real’ Wolverine. Back with a new lease on life and new powers in the form of “hot claws”, Logan probably could stand to have some down time to acclimate himself to the world around him. Unfortunately for him, writer Charles Soule and artist Steve McNiven aren’t giving him much of a rest in Return of Wolverine #1, the new miniseries designed to whet your appetite for the new ongoing coming in a few months.

Wolverine wakes up in a mysterious lab, surrounded by mutilated corpses. There’s no time for him to figure out if he’s the one who caused this though, as Logan comes across a dying scientist who fills him in on what he needs to do, and who he needs to kill. But with no memory of what’s occurred to him, and of who he really is, should Logan trust this doctor? Or is he just another pawn in another instance of the X-Man being used for other’s gain?

That’s not something we find out in this issue, as Charles Soule sets the stakes with this issue. Being tossed into this scenario is a little frustrating, especially when you consider the fact that Marvel has been milking this event out for the past four months, but from a narrative standpoint it does make sense, as it puts us into Logan’s mindset and makes us question the people around him now. It’s still a little annoying to still not have a clear idea of how Logan survived his adamantium cocoon (and why he has hot claws now), but Soule has a pretty good track record with his writing, so I’ll let it slide for now.

Steve McNiven is no stranger to the world of Wolverine, being the artist on the original “Old Man Logan” storyline and the artist who helped Soule kill the character off in Death of Wolverine. With this issue, he changes up his style a little, but not so much that his art takes a major hit. If anything, McNiven looks like he’s going in a style more like Alan Davis’ than anyone else’s, and it actually works pretty well. McNiven is able to give Logan way more expressive faces than ever before, and it’s honestly refreshing to see an artist mix up his style instead of resting on his laurels.

While Return of Wolverine’s first issue isn’t going to give you all of the answers, if you’ve waited this long for Wolverine to come back, you should probably pick it up. Logan’s adventures are only going to get stranger, and while it’s been cool seeing how other characters in Logan’s orbit stepped up to fill his void, it’s nice to have him back.