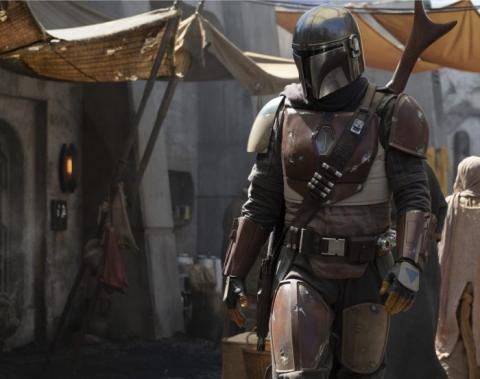 “Return of The Mandalorian”

After a long wait, we finally have some details on John Favreau’s Star Wars show. Titled The Mandalorian, the show will focus on a “lone gunslinger type” navigating the Star Wars universe after the fall of the Empire. It sounds like a really cool idea for a show, and also just the kind of thing to pique my interest enough to subscribe to another streaming service.

We really only know a few things about the show, but we do have a short list of directors for episodes, which includes expected names like Dave Filoni (the creative mind behind animated shows The Clone Wars, Star Wars: Rebels, and the upcoming Resistance show), actress Bryce Dallas Howard, and Taika Waititi, the director behind Thor: Ragnarok, What We Do In The Shadows, and one of my current favorite directors working today. That’s a very impressive list, and gives you an idea of how important this series is for Disney. As the first Star Wars live action series ever, a lot of attention is going to be placed on The Mandalorian, but it seems like Disney is going to be putting out the absolute best series they can.

To be completely honest, I’m pretty relieved that this series isn’t going to be trying to tell the “unknown story” of a character we already know. Favreau has been very up front that this show will NOT be about Boba Fett or Jango Fett, and from the first image revealed, we can see that. Plus, The Mandalorian culture, while fairly well known to Star Wars mega-nerds, is still a pretty niche area of the fandom that’s ripe for the spotlight. Plus, making a Western-themed Star Wars property is right up my alley. Hell, those were the best parts of Solo, and that movie would’ve benefitted from embracing more of the “outlaw” side of the Star Wars universe instead of answering questions we didn’t need answers to.

I have too many streaming service subscriptions, and while I don’t think we really NEED a Disney-themed one, I gotta admit, I’ll at least give it a trial subscription for this show. This premise sounds way too interesting, and I have to see what Taika’s got planned for his episode. After Thor: Ragnarok, he’s shown that he can pull off big budget action with his patented humor, so the prospect of him doing something similar in the world of Star Wars is too intriguing to me. Here’s hoping this branches out the franchise in a good way.