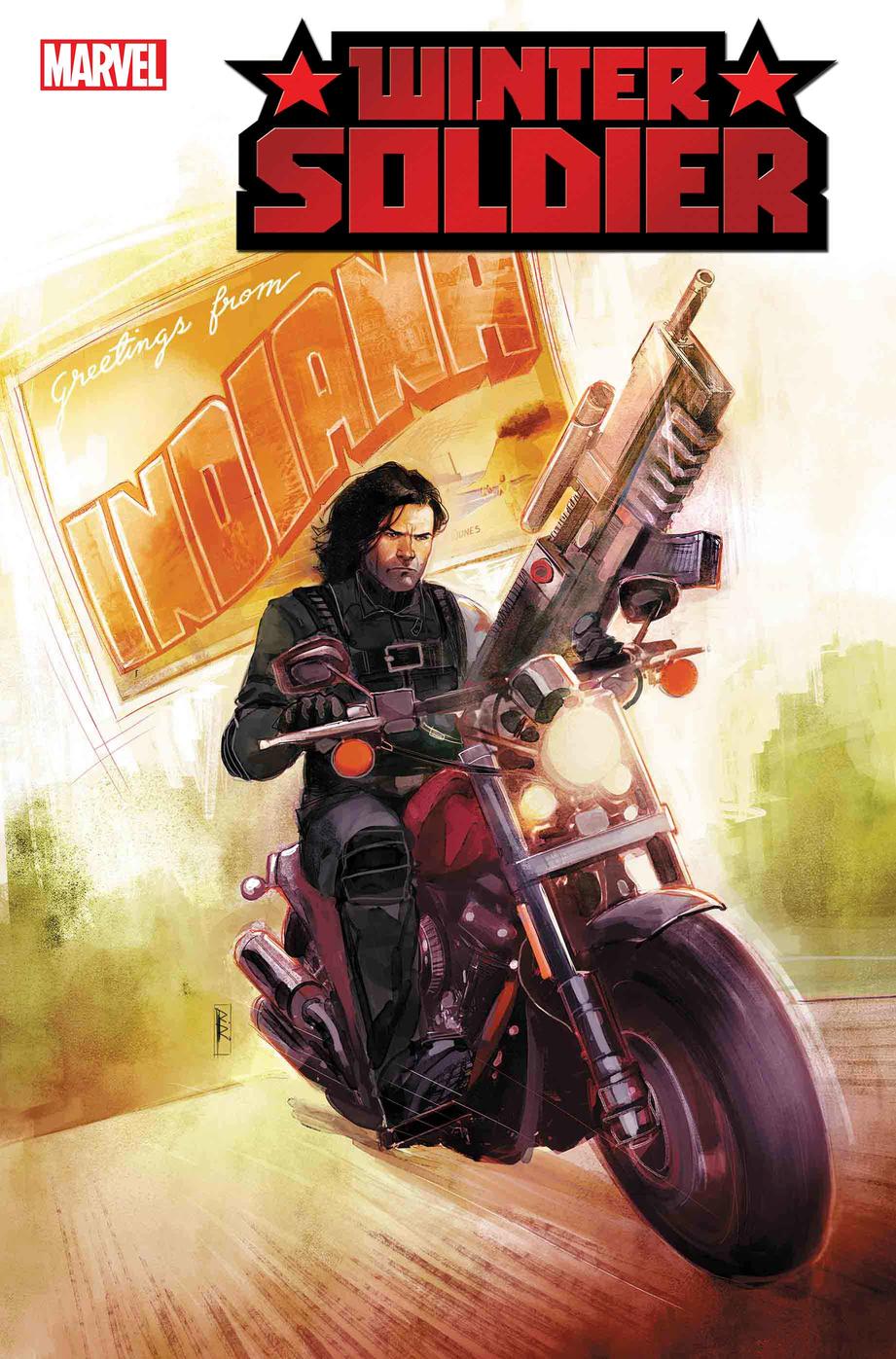 For a character with a pretty big following thanks to the MCU, you’d think Marvel would have cracked how to create a hit series for The Winter Soldier. There have been many attempts to give Bucky Barnes his own series, and not even Ed Brubaker could help make it a hit. But Kyle Higgins and Rod Reis are giving it a new shot with a new miniseries starring the character, and it’s got a pretty great hook that should lead to this series becoming an ongoing.

Bucky has given up a life of espionage in favor of one that helps people who need it. Working with Sharon Carter, he’s created a secret network that allows people in need to contact him if they need help, and even hides them from people who would do them harm. It’s going really well, and Bucky’s even set roots down in the Midwest. But when one of his contacts is attacked by someone who has an outfit that’s eerily similar to his old Bucky outfit, it’s up to the Winter Soldier to track him down and put a stop to it.

Kyle Higgins made a big splash on Nightwing back during the New 52, and his characterization of Bucky is just as good as his characterization of Nightwing. Creating this new spin on the character works surprisingly well, and it seems like something that is in line with who Bucky Barnes is as a person. While there’s not a lot of action in this series, that’s not a bad thing, because Higgins’ script is pretty compelling without it.

Rod Reis’ art is a little looser than I typically like, but he’s still able to convey the action and dramatic moments effectively. Reis is able to do a lot with very little detail, and it actually works really well for the moments where Bucky is reliving and remembering his past. While it would be nice if the backgrounds were a little more detailed, the art from Reis is still well suited for this series.

Winter Soldier is finally a series that is befitting of the character, and one of the first times that I wished a Marvel mini-series wasn’t just a mini-series. I can’t wait to see what Higgins and Reis have planned for the next four issues, and I’m hoping that this sells well enough that we’ll see a full series from the same team.

Asgardians of the Galaxy #1

Rocko's Modern Afterlife #1 (of 4) (Boom! Studios) Zombies have invaded nearly every facet of…

Domino: Hot Shots #1 (Marvel Comics) Gail Simone is one of those comic writers that…