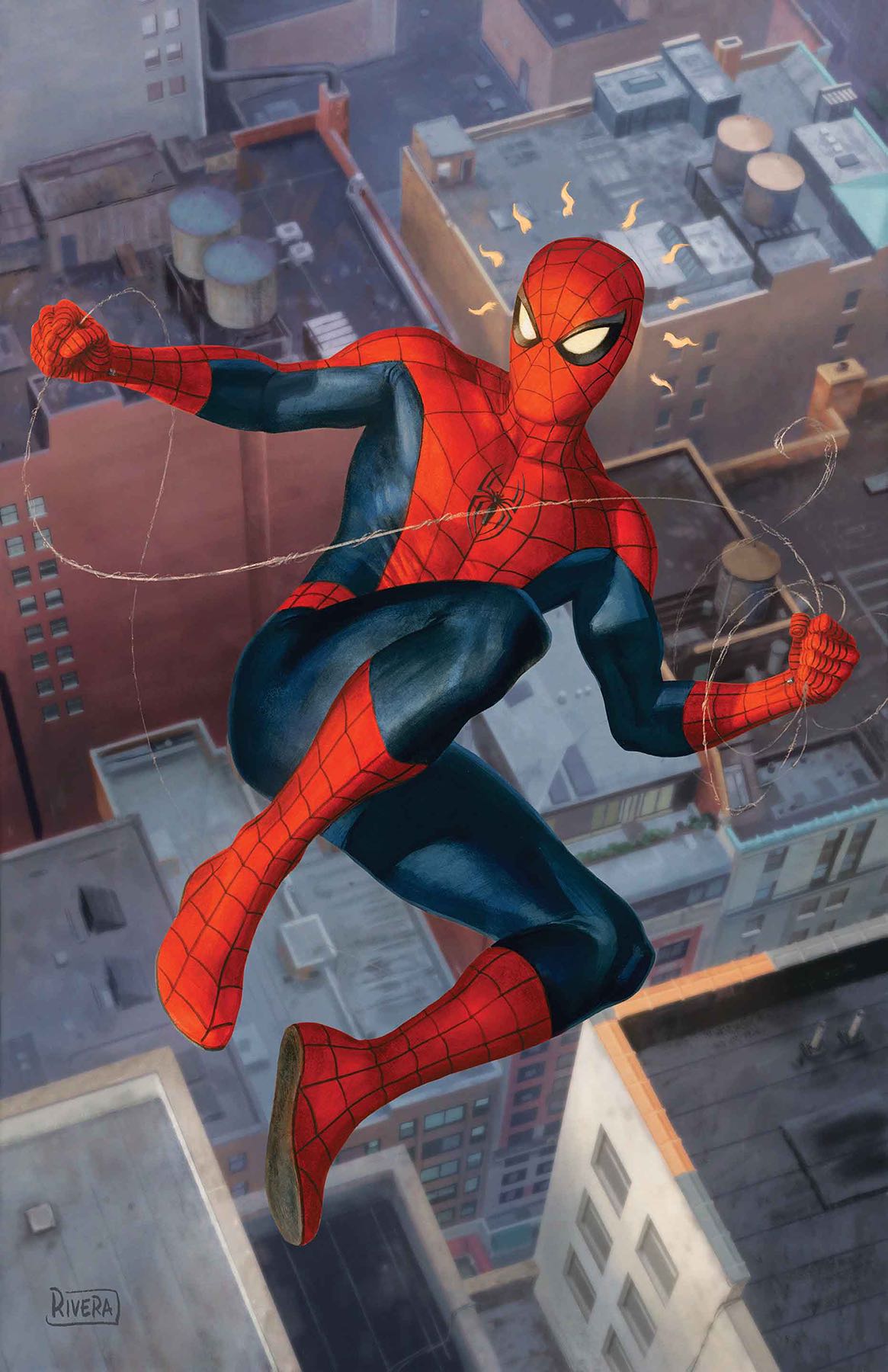 It’s been a while since I’ve reviewed an issue of Nick Spencer’s run on Amazing Spider-Man, but it’s been a pretty solid ride since the title was relaunched following Dan Slott’s exit. While Ryan Ottley hasn’t been the main artist throughout the series, Spencer’s been backed up by Spidey mainstays like Humberto Ramos and Chris Bachalo, who fills in on the art duties here.

Following the events of the previous issue, Amazing #15 finds Spider-Man searching the rubble of a restaurant for his beloved Aunt May. Frantically searching through the debris, he’s distracted from Taskmaster and Black Ant outside, who, even though their assignment is to get The Rhino, won’t hesitate to nab Spidey while he’s there as well….

One of the strengths of Nick Spencer’s run is his ability to rework the long history of Spidey in new ways. It’s really reassuring to know that the Nick Spencer who’s writing this series is using the same tone he used for Superior Foes of Spider-Man, and not, well, the tone from every other comic he’s written. Spencer balances a lot of different plot points in one issue, but he doesn’t make it feel like one is overshadowing the other. Plus, he makes great use of Taskmaster here, a character that I’ve always loved and am happy to see get a bigger spotlight in recent years at Marvel. Here’s hoping Spencer has a spin-off featuring him and Black Ant in the works.

Chris Bachalo’s style is very unique, and doesn’t work for everything. But he’s a surprisingly great fit for Spider-Man, giving the character the weird limbs and poses he’s known for, but also making his enemies physically imposing as well. He also draws one of the best versions of the Lizard ever, and I’m really excited to see what happens with the rest of that subplot under Bachalo’s pencils.

Amazing Spider-Man has kept up a very solid streak of issues, and shows no real signs of slowing down. Yeah, I may be biased because of the main character, but I have to say, it’s been a really great time to be a fan of Spidey, and the fact that the comics have remained so engaging has been the icing on the cake.