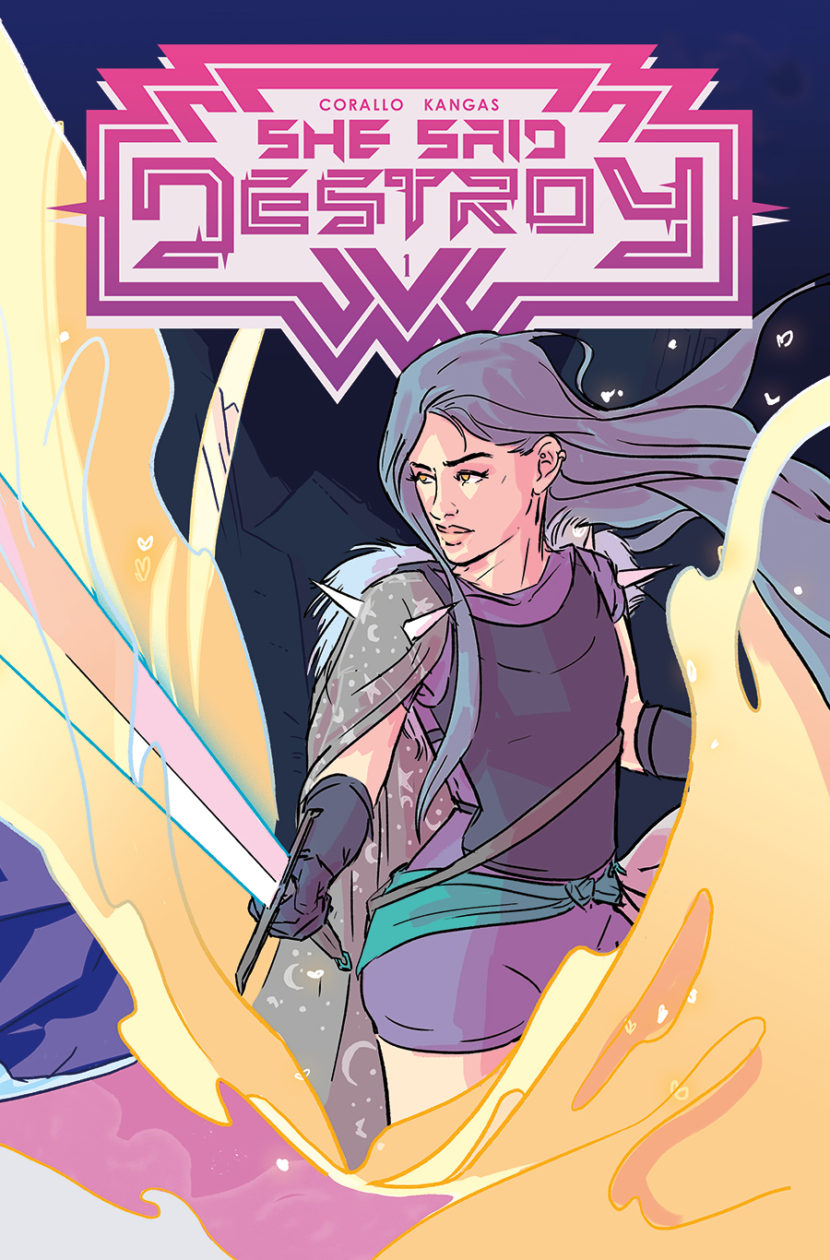 What do you get when you mix high fantasy, cosmic action, and Lisa Frank paintings? Vault Comics’ She Said Destroy, a new series from Joe Carallo and Liana Kangas. A high fantasy tale that bombards the senses with incredible art, She Said Destroy is sure to leave a mark on readers that decide to give it a shot.

In a far off land, the Sun Goddess Brigid has taken over the solar system, planet by planet. The only people who oppose her are The Witches of Fey, a rogue group that worships the Goddess of Death, Morrigan, the only other Goddess in existence, and the sister of Brigid. With time running out, the Witches need to hear the command from their leader to start their way. They need to be commanded to destroy!

Unlike most number one issues, Joe Carallo’s script doesn’t bog you down with the world building of She Said Destroy, but it does leave you with a few unanswered questions. As great as it is not having to read pages and pages of descriptions of Brigid’s rise to power and the origins of the Witches of Fey, it’s a little hard to figure out just who the main character of this series is. Bouncing between a bunch of different characters, we can tell that Brigid is the bad guy of this story, but the person who we’re supposed to root for is still a little questionable.

On the art side of things, Liana Kangas definitely makes a great first impression with She Said Destroy. While it took me a little while to get used to her style at first, by the end of the issue I was loving the art on the page. This art would be right at home with the old school cartoons of the 80’s, with bright, vibrant coloring from Rebecca Nalty that really brings out Kangas’ style in a very unique way.

While the story is a little wonky, the art in She Said Destroy is more than enough reason to check this series out. Vault Comics has been steadily putting out a lot of really interesting series that make them stand out from other indie publishers, and it looks like She Said Destroy is only going to add to their reputation.