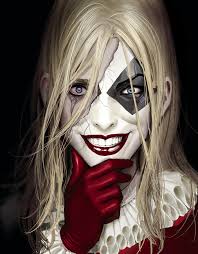 The DC Black Label keeps powering on with a new miniseries that has ties to the history of writer/artist Stjepan Sejic work as an indie publisher. Telling a new spin on the origin of Harley Quinn, you’d be forgiven for wondering why this was a story that needed to be retold. Well, surprisingly Harleen is not only a worthy installment of the history of the character, but also serves as one of the most impressive comics of the year.

Harleen Quinzell is a young psychiatrist who has recently been given a grant to research the inmates of Arkham Asylum. Despite her ambition, Quinzell is definitely a little over her head, and that doesn’t even take into account the fact that she’s already crossed paths with the Asylum’s most infamous inmate, The Joker. As she dives into her research, she’s consistently drawn to the Clown Prince of Crime, and it’s only matter of time until she gets the chance to interview the mad man one on one.

Stjepan Sejic’s art is well known, but his writing is something I feel like a lot of people aren’t as aware of. While his Sunstone series has made waves in the indie world, garnering the attention of DC, Harleen is most likely going to blow people away with his depiction of the young Ms. Quinn. Sejic’s love for the character goes back years, as some of his earliest work were a series of fantastic webcomics that detailed the relationship between Harley, Joker, and Poison Ivy, and Harleen is essentially those stories but with a much bigger budget. To be honest, I don’t think Harley has ever been written this well, and that’s taking her co-creator Paul Dini’s work into account. Sejic has an extremely strong handle on this young woman who’s idealistic nature is soon going to be corrupted by the worst of the worst, and that tragedy works wonders for the issue.

Of course, a lot of people are going to pick this up for Sejic’s art, which is phenomenal. One of the best artists in the business, Sejic is able to take the well known Batman mythos and gives them his own spin, much like Sean Murphy (who also has his own Black Label series). The painterly style gives this story a real dream like quality, and I absolutely love how it looks.

If you’re going to go over previously told stories, it helps for the new version to be pretty strong. Luckily for us, Sejic’s take on the story of Joker and Harley is off to a fantastic start, and I can’t wait to see how it goes. The relationship between these two characters goes to some pretty dark places, but if Sejic’s original web comics are any indication, he’ll make sure to balance that darkness with some legitimately tragic and heart pulling moments.

Event Leviathan #1 (DC Comics) With the Summer officially kicking off, it's time for the…