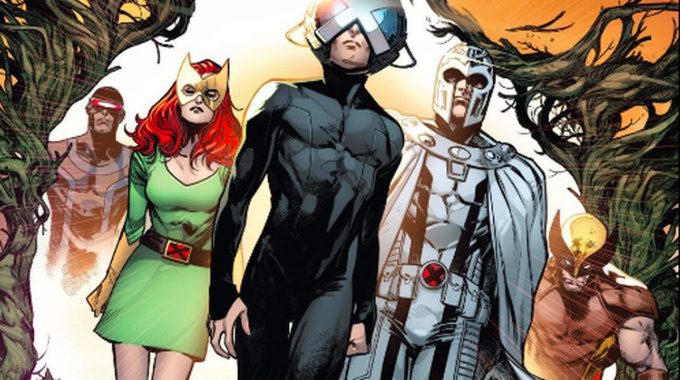 I have a confession to make: I wasn’t looking forward to Jonathan Hickman on the X-Men.

Sure, the hype was there, but as someone who really enjoyed Matthew Rosenberg’s run on Uncanny X-Men, and who varies from “he’s great” to “he’s incomprehensible” when it comes to Hickman’s work, let’s just say I wasn’t too thrilled to see him attempt to bring Marvel’s mutants back to their former glory. Marvel’s pitch work, hyping up Hickman’s Powers of X and House of X as the “single most defining moment in X-Men history” struck me as way too overboard, and when I saw the sheer amount of charts in House of X‘s first issue, I rolled my eyes so hard that I thought they would fall out of my head.

But it only took one issue of House of X and one of Powers of X to make me quickly not only eat crow, but add the rest of the series to my pulllist. Impossibly, Jonathan Hickman did it. He made the X-Men not only matter again, he completely upended everything we thought we knew about Marvel’s Mutants and created a sprawling, sweeping epic that completely reinvigorated the entire line of X-Men books, and has me truly invested in the X-Men in a way that I haven’t been since animated series debuted in the 90’s.

I’d give a summary of what transpires in both series, but to do that would A) spoil the many surprises in the series, and B) take me about 9 pages. But what you should know if you choose to hunt down the issues (if you can find them), is that you absolutely need to read both House of X and Powers of X in the order they give you in the back of each title. It sounds like a lot of work, but it’s really not, and the two series play off one another beautifully.

Now that both series have wrapped up, Marvel’s up to their usual tricks, releasing a whole slew of new series starring the Mutants, but for once, I’m actually anticipating these new titles, and will probably try all of them out. That’s how strong Hickman’s initial story was, and it’s one that I feel like will survive eventual Marvel reboot that’s definitely coming down the road.