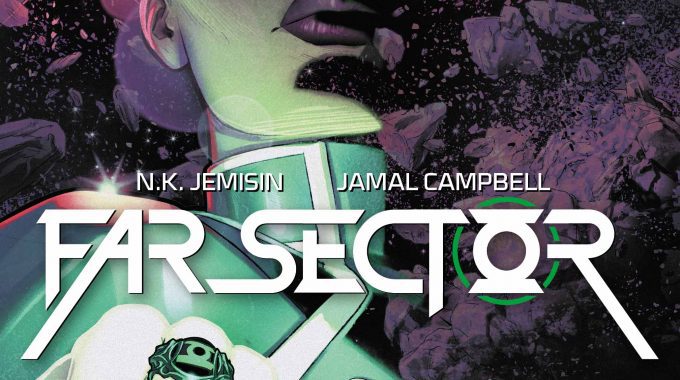 In layman’s terms, the Green Lanterns are “Space Cops”, even though that’s an element of the Corps that is rarely seen in modern comics. Outside of the beginning of Grant Morrison’s recent run on the character, this aspect of characters with the title of Green Lantern is ripe for exploration in comics, and now under the 12-issue series Far Sector from author N.K. Jemisin and artist Jamal Campbell, we’ve got the hard-boiled space murder mystery we didn’t know we needed.

New recruit Sojourner Jo Mullien has been assigned the City Enduring, a massive city planet somewhere in the far sector of the galaxy. The races of this city have had peace for decades, until now, when one of their own is murdered. But with a race of people that are designed to not feel anything, how could one person feel enough rage to commit murder? And how will Mullien’s limited experience as a Green Lantern affect her ability to solve this crime?

Those factors lead to a very intriguing first issue, which is chock full of surprises. The creativity brimming from Jemisin’s script is pretty impressive, and this first issue is so well done that you’d never expect it to be her first comic work. This concept is fully realized from the get go, and a huge surprise since I had a very minimal idea of what this book would be about.

Adding to the impressiveness of the book is the art rom Jamal Campbell, who’s easily one of the most underrated artists working in the industry today. Whereas he already had impressive visuals with Naomi, with Far Sector he has the chance to really go crazy with the outer space visuals, and his designs for City Enduring and the aliens that inhabit it are spectacular. Far Sector is easily one of best looking books around, and it’ll only make Campbell a more in demand artist.

I wasn’t sure what to expect from Far Sector, but it absolutely blew me away with how awesome it was. This looks to be a pretty impressive debut for N.K. Jemisin, and I’m absolutely going to keep checking this series out.