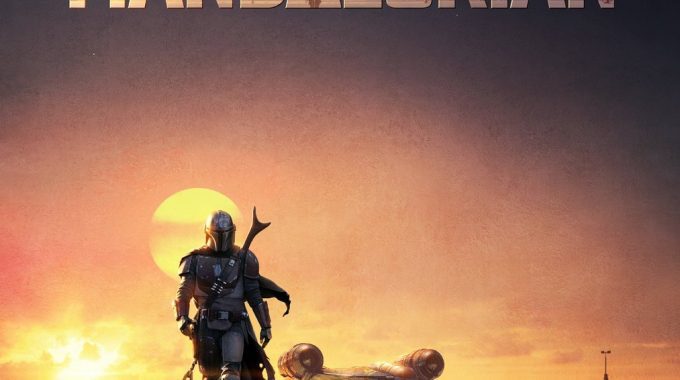 Remember when you first saw Star Wars, and the excitement you felt at a world that was full of weird aliens? Or the grimy feel of the Mos Eisley Cantina, the “hive of scum and villainy” where Luke Skywalker and Ben Kenobi met Han Solo and Chewbacca? All that and more is alive and well in The Mandalorian, the first ever live action series in the Star Wars universe. As the first property in the series to be a serialized television project (not to mention being arguably the reason for a lot of Disney+ sign ups), there’s a lot riding on The Mandalorian to make a big splash, and for the most part, it does.

Following the bounty hunting title character played by Pedro Pascal, The Mandalorian picks up in  time that hasn’t been covered too extensively since the Mouse bought Star Wars: the fallout of the defeat of the Empire. Picking up a few years after the destruction of the second Death Star, the galaxy has become an even more lawless place, and former Imperial and Rebel forces alike are forced to move on in a new and different world (or worlds). But The Mandalorian has no allegiances to any of those former causes, and instead takes on jobs for the highest bidder. His current one, however, for a mysterious gang lord (Werner Herzog) is easily his strangest job yet, and will definitely set him on a course with destiny.

Many have described The Mandalorian as “The Man With No Name in space”, and I honestly can’t think of a better description for this show. Pedro Pascal has maybe 7 lines of dialogue in the whole first episode, and at times it seems like they could have gotten away with a random stunt person in the role, but Pascal really brings a physicality to his performance that adds to it in subtle ways. His face is entirely concealed throughout the first episode, and it sounds like we may never actually see his face, which is a pretty bold move on the show-runner’s parts as Pascal has become fairly popular since his role in the third season of Game of Thrones. However, it’s clear even with that helmet on that Pascal is having a blast in this role, and he’s clearly in it for the long haul. I might even go out on a limb and say that I think The Mandalorian could kick Boba Fett’s ass, but again, there’s only one episode to go on so far.

This first episode of The Mandalorian is definitely more concerned with establishing atmosphere and tone than plot, and usually that would be a bad thing. But the premise of this show is so strong that I’m able to easily forgive the show-runners for giving us a pretty barebones plot for this opening episode. At the same time though, I actually kind of enjoy how barebones it is. There’s very little background info on the Mandalorian, and the things we do get are very very slim, which adds to his mystery as a character (similar to that other famous armored bounty hunter I mentioned earlier). At no point do John Favreau or director Dave Filoni bog you down with background material to help you fit this entry into the Star Wars canon. You’re either able to piece it together or you’re not. It’s also interesting that a huge chunk of the footage we’ve seen in trailers and TV spots is from this debut episode, which means that we’re all pretty much in the dark on what’s coming up for our new bounty hunter, which is reason enough to keep tuning in for new episodes.

You probably made up your mind on The Mandalorian when it was first announced, but if you need some convincing still, it’s a very solid debut that looks to do some interesting things with the Star Wars brand. If the ending of this episode is any indication, than this show is going to be a whole lot different and more nuanced that we were expecting, and could show the future of the Star Wars franchise after The Rise of Skywalker is released this December.