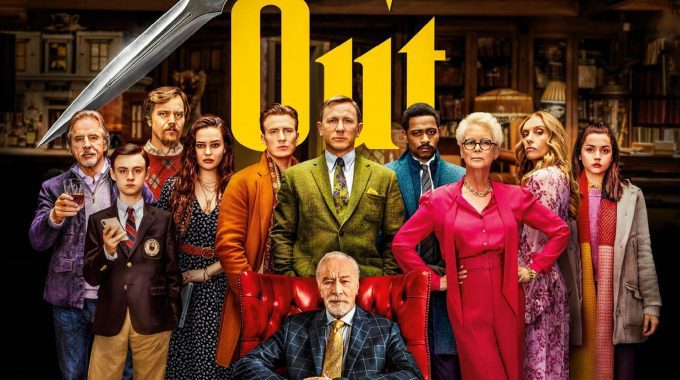 I see a ton of movies (probably too many if I’m being honest), so when it comes time to really take stock and think about what I think are some of the best of any given year, it’s pretty much always a difficult task. However, I’ve got a pretty good idea of what will be my favorite movie of the year for 2019, and it’s not Avengers: Endgame (surprisingly). No, it’s a film from the director of Star Wars: The Last Jedi and features a cast that consists of Captain America, James Bond, Laurie Strode, Sonny Crockett, and General Zod in a murder mystery that has shades of Clue but also its own madcap energy. And its name is Knives Out.

Focusing on the mysterious death of esteemed mystery novelist Harlan Thrombley (Christopher Plummer), Knives Out is a straight up great time at the movies, full of twists that you’ll never see coming. Any of Thrombley’s offspring or their significant others could be the culprit for his murder, and detective Benoit Blanc (a fantastic Daniel Craig) is going to get to the bottom of who committed the crime, and who hired him to solve it.

Yes, I’m purposefully being vague about the plot. But that’s because Rian Johnson’s film (that he also wrote) depends so much on you not knowing anything going into it. I say that, knowing full well that I desperately want to see it again to see the clues to the mystery, but I know that the second viewing won’t nearly be as satisfying as the first cause I already know how it’ll end. It’s such an effortlessly assured movie from Johnson, and I personally think it’s his best film, and I’m a huge fan of The Last Jedi, the last “indie” film he made. The mystery in this film is fantastically constructed, and fans of his smaller films like Brick are in for a great treat.

Much of the success of this film comes from the cast, which is simply one of the best ensembles this year. From Toni Collette as the slightly ditzy social media “influencer” of the family to Michael Shannon’s high strung youngest son in charge of his father’s publishing empire, there’s not a weak link in the bunch. There’s hardly enough space to give everyone their full due here. With a cast featuring acting legends like Jamie Lee Curtis AND rising talent like Katherine Langford, there’s truly something for everyone here, but the true standouts are Chris Evans and Ana De Armas, the latter being the true backbone of the story. As Thrombley’s part-time nurse, De Armas’ brings a legitimately star-making turn that will absolutely launch her into the next stratosphere of stardom, and seeing Chris Evans play the bad boy of the family is a surprising delight after seeing him play Captain America all these years.

But the real scene-stealer here is Daniel Craig as Benoit Blanc. A Southern-styled “gentleman sleuth”, Craig is having a ball in the title role, with a slightly ridiculous Foghorn Leghorn style accent that will have you rolling on the floor, but also enthralled. This is probably the best role I’ve seen Craig in, and he’s so in tune with the character that you forget he’s our current James Bond. I would absolutely watch more adventures with his character, and I sincerely hope that Knives Out is a success that merits a franchise where Blanc is called in for more murder mysteries. If there’s any justice in this world, Craig will get an Oscar nomination for this film, he’s that good.

It’s not often that I say this, but I have to use the old movie review cliché: if there’s one movie you see this year, if you have one, ONE ticket and are wondering what to see, Knives Out is that movie. Is that a hyperbolic statement? Sure. Do I believe it? Absolutely. As much as I love franchise films like the Marvel Cinematic Universe and Star Wars, there’s no denying that we need some fresh, original ideas as well, and Knives Out is absolutely the film we need. The successor to the Clue throne, this is a film that definitely deserves your time and money, and will end up being one of, if the not THE, best films of the year.