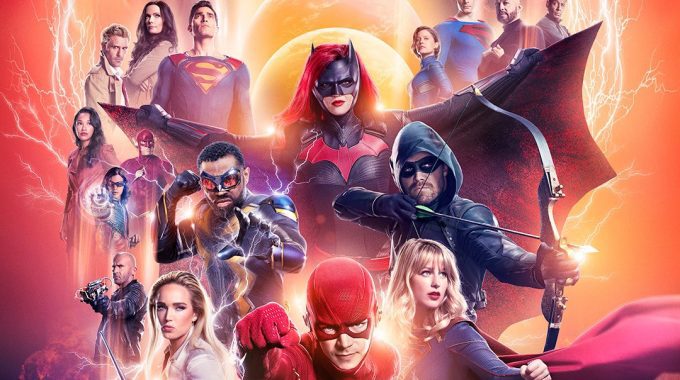 “A Crisis To End Them All”

With the exception of the Scarlet Speedster, none of those names should resonate with your average pop culture fan. But thanks to the CW, those characters are not only well-known, but are arguably more successful than their big screen counterparts. That’s entirely due to the work of Greg Berlanti, the man behind all of the CW’s DC adaptations, which make up almost 80% of the series they air. Looking at the network now, it’s nearly impossible not to think of them as the “DC Network”, and their adaptations of these lesser-known heroes has lead to the biggest crossover of them all: Crisis on Infinite Earths.

While the CW’s partnership has been there since their humble beginnings as the WB, their recent success didn’t’ really hit until Arrow‘s second season, which introduced Barry Allen into the Arrowverse, and in turn added superpowers into the world of Oliver Queen. This move made a huge change in the world of Arrow, and while it bucked the already established idea of not having Oliver Queen inhabit a world of other superheroes, it gave the series the chance to become a world unto itself, and in turn allowed the TV screen to do something the movies never could: go almost full comic book.

While Justice League brought the A-level heroes together to varying degrees of success, the Arrowverse’s crossovers brought together the DC Junior Varsity in ways that fully embraced the comic book roots of the source material. Even though they had to go through some narrative hoops to get Supergirl into the proceedings, each crossover between Arrow, The Flash, Supergirl, and Legends of Tomorrow became “must watch TV”, and in some cases even surpassed the crossovers happening on the big screen. That says a lot even when you remove the fact that the movies brought Wonder Woman, Batman, and Superman together for the first time ever in a movie.

The CW crossovers started out fairly small-stakes, but each year they grew in scope and budget. Now, with Arrow ending and a majority of the CW superhero show showing their age, it’s not surprising that the show-runner’s would want to throw out all of the stops and embrace and celebrate the history of the entirety of the DC Superhero universe. With the addition of the Batwoman to the fray, there’s still plenty of life in the CW’s crossovers, but they’ll definitely be looking different from the crossovers of the past. But if they need to go out with a bang, it’s hard not to go out with a bigger story than the Multiverses collapsing in on themselves.