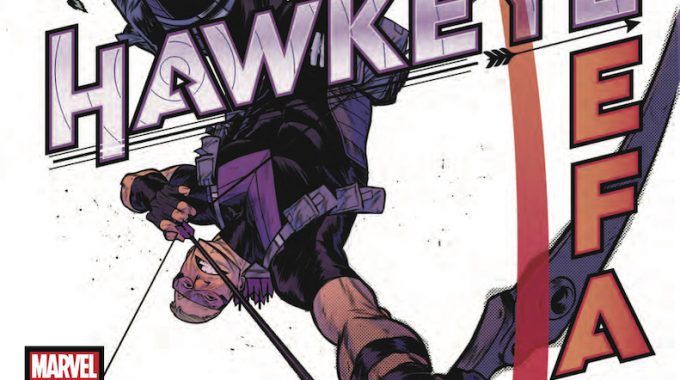 Despite having one of the best comics of the previous decade, Clint Barton can’t seem to capture the same magic he had when Matt Fraction and David Aja were detailing his exploits. But that doesn’t mean Marvel hasn’t been trying, and while many previous Hawkeye series have tried (and failed) to recapture his former glory, Hawkeye: Free Fall has something those other series didn’t: Matthew  Rosenberg. Rosenberg has become quite the rising star at the publisher lately, with stellar runs on Uncanny X-Men and The Punisher, and he’s a natural fit for Clint Barton, as he tries to figure out just who’s under his former Ronin outfit.

Rosenberg has a great sense of character, and he makes Hawkeye just enough of a jerk to be annoying, but not so much that you really want to see him get his comeuppance. He’s confident enough to be able to take on low-level thugs, but at the same time, his cockiness against an enemy like The Hood makes it all the more funny when his plans blow up in his face, and when he has to team up with Winter Soldier and Falcon, the book really comes alive.

Otto Schmidt is probably most well-known for his work on Green Arrow for DC, so the fact that he’s pencilling this book is a pretty fun surprise. But Schmidt’s slightly cartoony style works wonders for Rosenberg’s script, and the two have a great complimentary style that makes this opening issue flow really naturally. If there’s any luck, these two will continue working together on other future projects.

Hawkeye: Free Fall is a really fun little adventure that adds to Rosenberg’s growing list of accomplishments as a writer. While it doesn’t take itself too seriously, it’s also not a complete goofball of a series, striking a great balance of humor and action. If this miniseries is a test to see if I’d want to read a Hawkeye series by Rosenberg, the answer is a resounding “YES”.