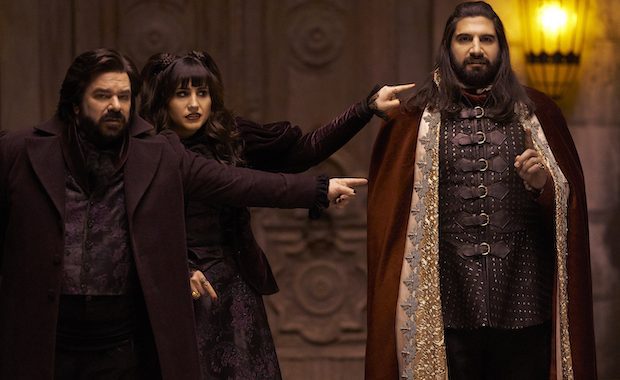 The year of our lord 2019 was a bit of a mess in a lot of ways, but when it came to pop culture, you’d never have known it. From finally hearing the words “Avengers Assemble” on the big screen to being acquainted with a little guy we’ve all called “Baby Yoda”, 2019 sure had a lot of fantastic things to distract us from the hell place we currently call “reality”. And as I realize how depressing this all sounds, it probably stands to say that I should move on with this intro and get into the cool stuff from this year!

SPOILER ALERT: Rise of Skywalker ain’t on this list. And that’s not cause I didn’t like it, I just don’t think it’s what I’d consider a “best” thing this year. The Mandalorian, on the other hand, seems like the kind of thing we’ll be getting when it comes to Star Wars for the near future, and I’m all for it. From the set pieces to the characters to the fun “mission of the week” format, this eight-episode series was appointment viewing, and once Baby Yoda popped up at the end of the first episode, it was impossible to resist. When it comes down to it, the fact that this little streaming show has more of a cultural impact than the “final” film in the saga kind of says it all, doesn’t it?

I don’t like modern Country music. Lucky for me then, that Orville Peck isn’t like any other modern Country artist. This masked man takes Roy Orbison, outlaw country, shoe gaze melodies, and an impossibly beautiful singing voice and creates something truly unique and like nothing I’ve ever heard before. I’ve listened to this album more times than I can count this year, and I’m constantly discovering new things from it.

House of X/Powers of X
Jonathan Hickman’s bold deconstruction/reconstruction of the X-Men not only made the mutants a relevant force at Marvel again, it’s reinvigorated my love for the characters in a way I haven’t felt since the 90’s cartoon came out. Rolling out as one long 12 part story that bounced between two separate titles, the series became essential reading for not just X-Men fans, but comic book readers in general. Hickman’s layering of the narrative and multiple timelines was somehow both intricate and easy to follow, and it made the X-Men the force they deserve to be.

Straight up, this show never should have worked. Damon Lindeloff’s “remix” of Alan Moore and Dave Gibbons’ genre-defining classic, which takes place thirty years after the events of the original story, seemed like the strangest thing HBO had green lit in some time. But as the weeks went on and the story of Angela Abar, the Seventh Calvary, and Adrien Veidt became clearer, we got to see something truly unique that does for the medium of television what the original text did for comics. It’s easily the best show of the year, and could possibly be the best comic book adaptation of all time.

What We Do In the Shadows

Speaking of things that shouldn’t have worked, FX’s What We Do In The Shadows series seemed, on paper, like a cash grab. But the involvement of Taika Waititi and Jermaine Clement helped legitimize the show, and even put it in canon with their original film, expanding on this weird world of lazy vampires to create one of the funniest shows around.

Yes, it’s three and a half hour long. Yes, it’s weird seeing a young De Niro that moves like the current one. But this is also a fantastic look into how organized crime infects the lives of the people who engage in it. Martin Scorsese made this film so we’d never have to have another mob film again.

At first, DC’s “Black Label” imprint seemed like something the exact opposite of what you’d want from the publisher. Allowing creators full control over their characters, this “Mature Reader” line seemed like comic equivalent of a Hot Topic, but once the line started, the actual books were pretty solid. Sure, there were some stinkers here and there, and DC has already put out too many titles in the imprint, but books like Wonder Woman: Dead Earth and Stepjan Sejic’s tragic Harleen elevated even the most boring books in the imprint (lookin’ at you, Superman: Year One).

Rian Johnson’s Whodunnit is both a loving nod to the genre and a film that completely upends all the expectations that come with it (kind of like his previous film). Filled with an absolutely dynamite cast and a stellar lead performance from Daniel Craig, Knives Out is one of the surefire winners of the year, and is still playing right now, so what are you waiting for?

The best show you all stopped watching, Mr. Robot‘s final season ended with a major reveal that reset the tone of the entire series, and creator Sam Esmail pulled it off so well that I’m not even mad about the reveal. Each episode the show changed tone and style effortlessly, creating a brilliant mini movie each week. It’s so good that I’m convinced Rami Malek won the Oscar for Bohemian Rhapsody not because people saw that movie, but that they were secretly watching this show and decided to just give him an award from another industry as a way to say “yeah man, keep it up”.