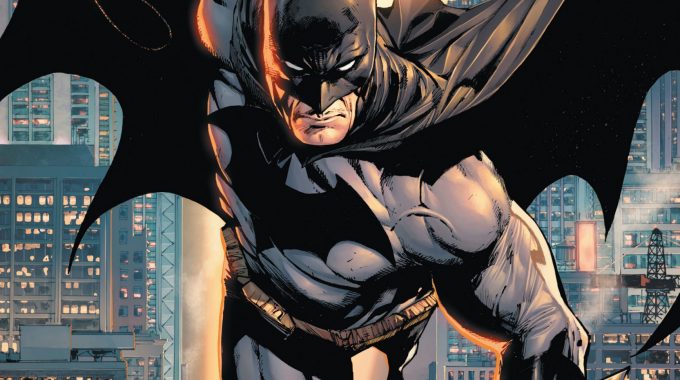 After a genre defining (and patience testing) run from Tom King, the mainline Batman series is going back to basics in an effort to boost the sales back to their previous numbers. DC made a lot of waves with their controversial decision to cut King’s run short by fifteen issues, but in bringing in writer James Tynion IV and artist Tony S Daniel to usher us into Batman #100, they bring in a sense of familiarity to Bruce Wayne and his allies that is both comforting and little on the safe side.

After the fallout of Bane’s takeover of Gotham, the Wayne Foundation puts into motion their plans to help rebuild a better Gotham City, one that will never need a Batman. As the big gala event gets underway, a group of assassins assembled by Deathstroke meets to crash the event. No one knows who hired them, but Batman quickly arrives to make short work of the villains assembled before him. But someone else has plans for the Gotham project, and it won’t go the way that Bruce Wayne intends….

This issue reads very much like the start of new run. It establishes the new status quo of Batman quickly for new readers who didn’t know that Alfred died in the previous run, or that Catwoman and Batman are now married, but still gives you a basic Batman story where he fights a few B-list baddies and one A-list one, and leads to clues around the mystery of this new arc. Tynion has already proven himself as a good Batman writer, but it’s pretty apparent that DC wanted him to deliver a “safe” Batman story after the lengthy Tom King run, and that’s fine. I enjoyed King’s run on the title, but I’ll admit that there were times where it could have been a lot more streamlined. That being said, it is a little difficult to read this and not hope for something a little more interesting.

Also on the safe side is Tony S Daniel’s art. I’m a big fan of Daniel’s art, but like Tynion, he’s definitely the easiest choice DC editorial could have made with this new run. His art is is still plenty detailed and dynamic, and he fills this issue with a ton of awesome panels and action set pieces, and we’re probably due for some pretty amazing action set pieces later in the run.

Despite knowing the behind scenes reasons for Tom King’s run ending so soon, Batman #86 is still plenty enjoyable. Even though it reads more like a fill in run on the title than an actual “main” storyline, this will definitely get the results that the publisher wants, and give fans of the Dark Knight something they are more comfortable with. Even though it had it’s faults, Tom King’s run on Batman was different, but apparently it was too different to make it 100 issues.