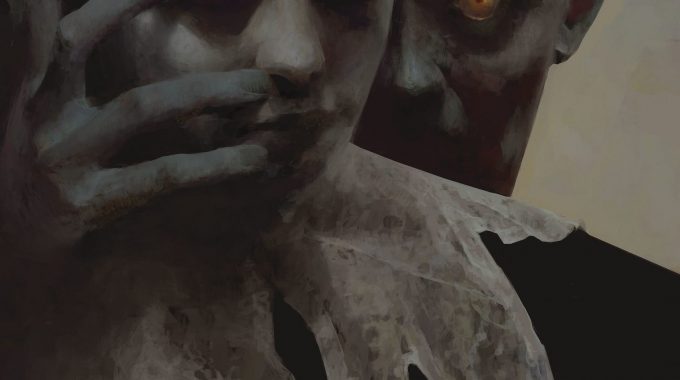 The Hill House imprint at DC has given us a slasher series with Basket Full of Heads and a ghostly tale with Doll House Family, and now they’re giving us some good old fashioned gothic horror with Daphne Byrne, from Laura Marks and Kelley Jones. A slow burn of an opening issue, the real star of the book is Jones’ art, which is tailor made for this kind of book.

Daphne Byrne is a strange young girl who lives in New York City in the late 1800s. It’s the height of the spiritualism movement, and Daphne’s mother regularly visits a medium to communicate with her deceased husband (and Daphne’s father) Frederick. Daphne isn’t a believer in the medium’s tricks, and after exposing her for a fraud seeks out a different way to communicate with her father. But after a strange dream causes her to sacrifice a pig, she wakes up with blood on her hands. It’s not possible that it really happened, is it?

Laura Marks’ opening issue is very heavy on mood and atmosphere, and does a very effective job of establishing Daphne’s character and world without bogging you down in exposition. In fact, that’s the strongest thing about this issue. In a few snippets of dialogue we get a complete understanding of Daphne and her relationship (or lack thereof) with her schoolmates. Marks’ script doesn’t do much outside of establishing the world and characters, which unfortunately means that I still don’t have much of an idea of what this series is supposed to be about, other than spiritualism and mediums.

I’m a gigantic fan of Kelley Jones, so anytime he’s working on a title I’m gonna check it out. Daphne Byrne is tailor made for Jones, and he absolutely knocks it out of the park here. Chock full of creepy characters and locations, Jones really puts a lot of detail in the macabre here, creating some panels that are pure nightmare fuel.

While Daphne Byrne isn’t quite what I was expecting, it adds to the diversity of the Hill House line, and is a nice diversion from the other titles offered. Those looking for a little gothic horror in their comic reading will definitely want to check it out, and fans of Kelly Jones will be very happy with what they get here.