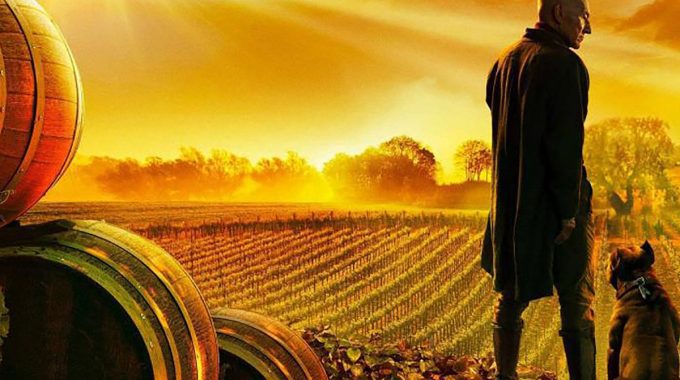 If there’s one hole in my pop culture knowledge, it’s Star Trek. With the exception of the movies and a handful of episodes of the original series and Next Generation, the franchise has always seemed like it was too daunting to really dive into, which made me a little apprehensive to start the first episode of CBS All Access’  Star Trek: Picard. Despite the major marketing and “new viewer” friendly hype, I felt like there would be no way I could truly appreciate Patrick Stewart’s return to the role that made him famous in the way it was intended.

Picard is a spectacular show that stands on its own, but is also a great follow up to the Star Trek franchise. Picking up decades after his retirement from the Federation (you find out what happened in the first episode), Picard finds the legendary Starfleet Captain Jean-Luc Picard now an Admiral and living on his family vineyard. It’s a quiet, contemplative life for the man who once fought (and became) the Borg, yet it doesn’t seem like it’s a relatively happy life. Picard is plagued by dreams of his former crew, and past decisions still haunt him. But when a young girl arrives with connections to one of his old friends, he feels duty bound to help her, and in doing so, starts to uncover a vast conspiracy that has ties to his final mission with Starfleet.

To say any more about this debut episode would delve into SPOILER TERRITORY, and I’m not gonna do that here. But one of the most impressive things about this show is how it effectively brings Jean-Luc back into action. It’s not a “we need you for one last mission” from the Federation. It’s an emotional decision on Picard’s part to help an old friend that has long gone by, and it works wonderfully as a reason to get the character back in action.

As much as people know Patrick Stewart as Charles Xavier in the X-Men films, he’s even more synonymous with the role of Jean-Luc Picard, and it’s clear that Stewart has a blast playing the character again. Stewart gets a lot of emotional weight out of this first episode, and I’d argue that there are moments here that are even more heart-wrenching than his final turn as Xavier in Logan. There he was an ailing old man slowly dying from disease, but in Picard he’s looking back on a life filled with adventure and regret, and is given the chance to go back and right a wrong from decades prior. It’s a great hook for the show, and makes you extremely excited to see him pilot a crew again.

There are definitely references to prior Trek adventures that starred Picard, but thankfully for me they were either all major ones that I already knew about, or if they weren’t, this first episode didn’t spend too much time on them. In a weird way, Picard feels like a good entry point into the larger Star Trek world, which is pretty shocking since it’s about a classic character coming back for one final mission, and should be playing to hardcore Trekkies exclusively. After watching the first episode (which looks AMAZING by the way), I’m not only extremely excited for the rest of the season, but also for Star Trek in general, so much so that I’m probably going to try watching a few more episodes of various shows. That hasn’t happened to me with Trek since the ’09 film, and from where I stand that puts Picard in pretty good company with the vast amount of entries in this franchise.