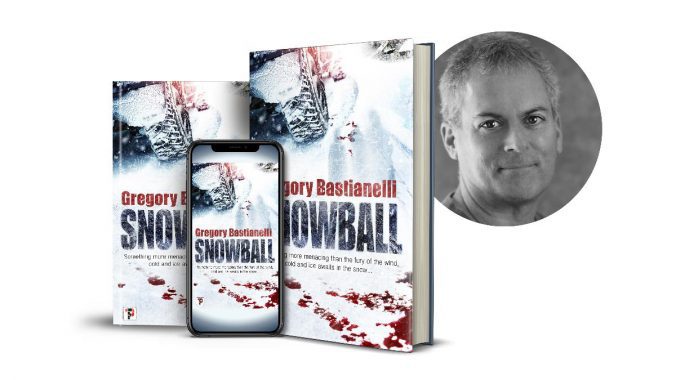 JetPack Comics presents local author Gregory Bastianelli for a book release event for his latest novel, “Snowball,” at The Loft at Strafford Farms in Dover on Saturday, Feb. 22nd at 7 p.m.

“Snowball” is about a group of motorists who become stranded on a lonely stretch of highway during a Christmas Eve blizzard and fight for survival against an unnatural force in the storm. The gathered survivors realize a tenuous connection among them means it may not be a coincidence that they all ended up on this highway. Publishers Weekly stated about the novel: “Readers will be riveted by this genuinely scary holiday phantasmagoria.”

“Snowball” is published by Flame Tree Press, a new fiction imprint of Flame Tree Publishing. Launched in 2018 the list brings together brilliant new authors and the more established; the award winners, and exciting, original voices.

JetPack Comics will be on hand to sell hardcover and trade paperback editions of the book, which Bastianelli will be available to sign. The Loft at Strafford Farms is located at 58 New Rochester Road (Route 108) in Dover.

Bastianelli is the author of the novels “Loonies”and Jokers Club. His stories have appeared in several genre magazines. His novella The Lair of the Mole People appeared in the pulp anthology Men & Women of Mystery Vol. II.

He graduated from the University of New Hampshire where he studied writing under instructors Mark Smith, Thomas Williams and Theodore Weesner. He worked for nearly two decades at a small daily newspaper where the highlights of his career were interviewing shock rocker Alice Cooper and B-movie icon Bruce Campbell.

He became enchanted with the stories of Ray Bradbury as a young child, and his love of horror grew with the likes of Richard Matheson, Robert Bloch, Stephen King and Ramsey Campbell.

He lives in Dover, NH.

Jetpack Comics LLC is an authorized CGC submissions vendor. Do you have books you'd like…