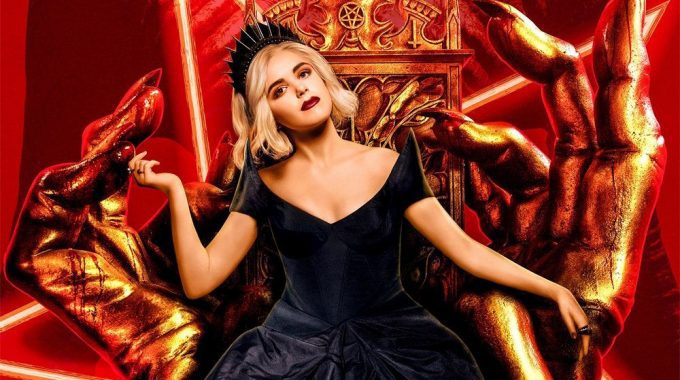 Sabrina Spellman is back on your TV screens, and she’s wasting no time heading to Hell to save her boyfriend from the clutches of her father, Lucifer. Stronger and more streamlined than ever before, the third part/season/whatever of Netflix and WB’s dark adaptation of Archie Comics’ much delayed Chilling Adventures of Sabrina comic series is a fantastic slice of dark fantasy that goes in some very surprising directions.

Picking up a few months after the events of Part Two, the latest batch of episodes finds Sabrina (Keirnan Shipka) desperately trying to find a way to gain entrance into Hell to save her boyfriend Nicholas Scratch (Gavin Leatherwood), who’s currently being possessed by the spirit of Lucifer (Luke Cook). With the help of her friends Harvey (Ross Lynch), Ros (Jazz Sinclair), and Theo (Lachlan Watson), Sabrina makes her way into the horrifying dimension, but soon realizes that she’s going to need to take her rightful place on the Throne of Hell in order to make sure the realms of Hell, Heaven, and Earth are in proper balance.

The push and pull between wanting a mortal life and being part of a coven is at the forefront more than ever before in this season, and watching Sabrina attempt to balance both makes for a pretty compelling story for the third go around. The shortened runtime of this season (Part three is just eight episodes, as opposed to the second’s nine and first’s eleven) means that the story moves along at a pretty quick pace, with very little filler. Hell, everything I just mentioned in the paragraph above happens in the FIRST EPISODE. That quickened pace might be a cause for concern for some, and it definitely was for me at first, but by the midway point I was beyond impressed with the balancing act this season pulled off. Nearly every character has their own story arc throughout these eight episodes, and the pacing is really well done.

In a lot of ways, the third season of Chilling Adventures of Sabrina is where the show has finally become the one I’ve wanted it to be. Sure, I was a huge fan of the first two seasons, but this third season is where everything has really clicked into place, and the show has found the right tone between supernatural adventure, horror, and teen drama. Really the only thing that doesn’t entirely work this season are the musical numbers, which, while brief, really feel like show runner Roberto Aguirre-Sacasa trying to make Sabrina feel more like its network cousin Riverdale than making sure that it makes sense with the overall story.

This season also takes some pretty daring risks, especially in the last episode, which puts Sabrina and her family and friends (and reality itself) in a potentially extremely dangerous scenario, and it really makes for an intriguing premise for part four. If it’s half as good as this go round, then I’ll be pretty happy.