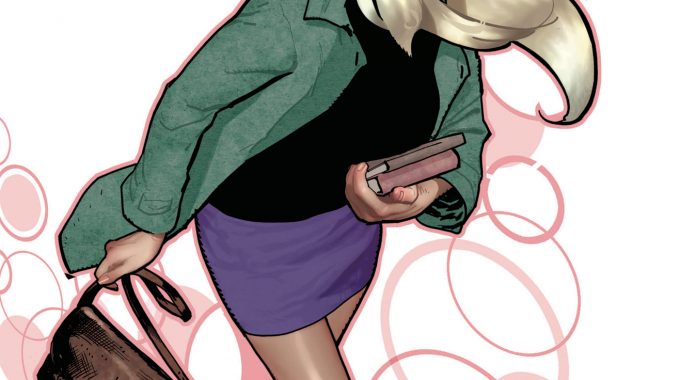 For a long time, Gwen Stacy served as a specter hanging over the adventures of Spider-Man, and in many ways, made a bigger impact by dying than anything else. That’s changed in the past few years, as Gwen has been given a new lease on life as Spider-Gwen, becoming one of the most popular new additions to the Spider-Man franchise. But Gwen Stacy #1 isn’t about that Gwen. No, it’s about the regular 616 Gwen Stacy, and in flashing back to her early high school days, Christos Gage and Todd Nauck’s first issue is a fun but unessential entry in the larger Spider-Man universe.

Following Gwen on an average day at school that goes beyond what she could even comprehend, Christos Gage’s script captures the old school charm of the original Spidey comics, but at the same time, it’s not that essential to the story of Gwen. It’s fun to see Gwen at school, or helping her dad on cases, but it’s yet to be seen what kinds of revelations we’ll get from this new series.

Todd Nauck’s art, however, is pretty fantastic. A mix between J Scott Campbell and shades of John Romita, Nauck’s art perfectly marries the modern comic art we’re used to with the classic look that Gwen is more commonly associated with, and the results are pretty stunning. While there’s barely any super heroics in this story at all, it doesn’t really matter because of how great Nauck’s character designs are.

I’m not entirely sure why there’s a miniseries starring Gwen out on the stands, but it’s still a pretty fun little diversion from the rest of the Spider-Man line. Spidey fans on a budget may have a tough time coming up with a good reason to add this book to their pull list, but older fans looking for a return to Spidey tales of old will find a lot to like.