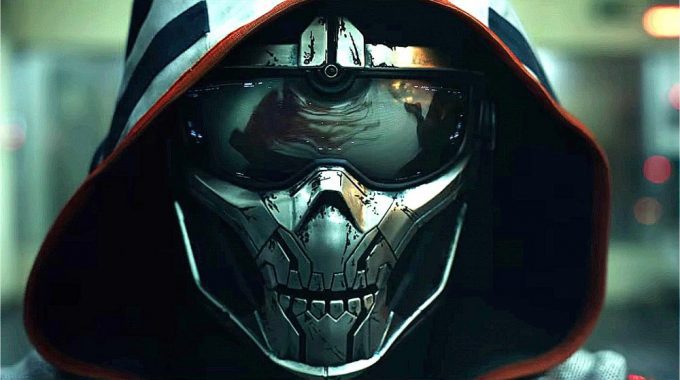 One of my all time favorite Marvel villains is finally getting the MCU treatment in Black Widow: Taskmaster. The Avengers baddie has long been on my shortlist of characters that I’ve wanted to see on the big screen, and his abilities seem tailor made for the MCU. Gifted with “photographic reflexes”, Taskmaster has the ability to mimic the fighting abilities of anyone he fights. Sure, he can’t match the strength of Spider-Man or Cap, but being able to pull their same moves on them (and others), makes him a formidable foe, and makes Tony Masters one of the most underrated baddies in the Marvel universe. Brash, arrogant, and loyal only to whoever pays him the most, Taskmaster is a wicked fun villain who’s been due for the MCU spotlight for a long time now.

So why is he so silent in all of the trailers for Black Widow?

One of the prevailing theories is that the Taskmaster in the film isn’t Tony Masters at all, but is instead secretly Rachel Wiesz’ Melina Vostokoff. That would certainly make sense considering the latest trailer making it known that Taskmaster has taken control of the Red Room program that made Natasha Romanoff into the super spy she is, but there’s a scene in the trailer that clearly shows Taskmaster attacking an aircraft that’s being piloted by Vostokoff. While we can’t rule out any misdirects, I’m not so sure that Weisz’ character being the villain is actually the case.

Another prevailing theory is that the MCU Taskmaster is actually Hawkeye in disguise. Sure, this film takes place between Civil War and Infinity War, so Clint’s on the table…..except why would he give up time with his family to turn heel against one of his closest friends? It’s a cool theory if we hadn’t already established a ton of Hawkeye’s backstory and ties to his family already. If this was an introduction to Hawkeye, then sure. But revealing him to be Taskmaster just doesn’t make a lot of narrative sense.

There’s also another crazy theory that Taskmaster is either an engineered clone of Natasha, OR that the entirety of Black Widow takes place within the Soul Stone and is all a weird hallucination for Natasha before she busts out of the stone and comes back to life. Both of those theories are arguably the craziest ones, and I gotta toss them aside for sheer wildness (and the fact that it seems like Scarlett Johansson is ready to be done with the role, she is the second longest MCU actor, after all).

Of course, it could be just as simple as Taskmaster being Taskmaster and Marvel doesn’t want to reveal a ton of cool stuff he’s going to do just yet. Aside from seeing quick shots of him copying the fight styles of Black Panther, Captain America, Spider-Man, and Hawkeye, there’s still a lot of mystery over this take on Taskmaster, and if I’m being honest, I’m cool with that. Just the fact that he’s there is pretty sweet, and at the very least it’ll bring this villain in front of more audiences, which is always a plus.